Tonight the Warriors and the Cavs will square off for the fourth consecutive year in the NBA Finals. Here is what I believe will be the most important matchups and factors in the series. 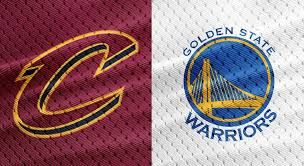 …he will have to play his best postseason series ever for them to have a chance to beat the Warriors. I expect the Cavs to run a ton of pick and roll to try and get Lebron in favorable matchups against Stephen Curry, Kevon Looney, and others.

Like in past NBA finals against the Warriors, Cleveland’s only hope is to slow the game down and try to beat them up on the offensive glass with Tristan Thompson and Kevin Love (if healthy). Unfortunately for the Cavs, Lebron is the only player on the team capable of creating for himself or others. He will look to find favorable matchups and try to score or get key Warriors in foul trouble to even the odds.  If he can do that in combination with the role players stepping up to hit timely three-pointers the Cavs will have a shot. I can see that happening once or maybe even twice but not four separate times against the Warriors.

…is that their role players are all specialists and do one or maybe two things well…the Warriors players do many things well.  The Warriors have a ton of offensive firepower and are best in a free-flowing open court game. Whenever they can impose their tempo and will on the game they win in blowouts.  Every once in a while shots don’t fall and the other team mucks up the game enough to give them problems. The Warriors can also win playing this style, it’s just much harder.

The Rockets were very successful isolating and switching all screens on the defensive end which slowed Golden State’s ball movement down and made them more of an isolation team. They were able to do this because they have a variety of good defenders that are of similar size and athleticism (Trever Ariza, PJ Tucker, Clint Capela, Gerald Green and others).

The Cavaliers do not have nearly as many good defenders and switching to that degree will end with Curry and Durant exploiting Korver and Love. Also, Cleveland’s off-ball defense and defensive IQ is not as good as the Rockets. Players like Jordan Clarkson, JR Smith, and Larry Nance are not known for being the most alert defenders and will have a tough time chasing Klay Thompson, Stephen Curry, Nick Young and company through screens or being able to track Livingston, Iguodala, and Green when they are cutting or slipping the basket.

The Warriors should be able to create turnovers and stifle the Cavaliers’ role players even without Andre Iguodala which will lead to more transition buckets and easier shots than they had in the Houston series.

I expect them to win in 5 games.

I can’t wait to watch this match-up!

Sign up to receive a notification as soon as I release my new Complete Guide to Shooting Program.

You have Successfully Subscribed!

This guide will go over shooting techniques and drills to help improve your game.

Confirm your email to download your FREE Shooting Guide!